(PDGFRA) is a clinical challenge for patients with advanced gastrointestinal stromal tumors (GIST).

Ripretinib, which was approved by the Food and Drug Administration (FDA) in May 2020, is a switch-control tyrosine kinase inhibitor active against a broad spectrum of KIT and PDGFRA mutations common in patients with GIST.

“As many patients continue to progress with gastrointestinal stromal tumors, they can develop secondary resistance mutations that can often alter the structure of the protein, thus preventing the drugs from binding and being effective,” said Margaret von Mehren, MD, chief of the Division of Sarcoma Medical Oncology at Fox Chase.

“Ripretinib doesn’t care so much about that. It seems to be able to bind irrespective of many of these secondary mutations. So the implications of this study are that patients who have failed with standard available therapies now have a new drug that they can use that has benefits,” said von Mehren, who specializes in GIST. 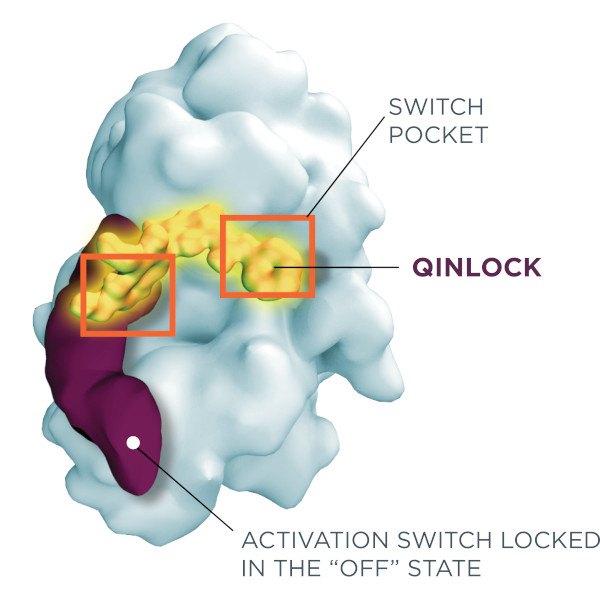 A new study has shown that patients taking the kinase inhibitor ripretinib, which turns off an activation switch to help prevent drug resistance in patients with gastrointestinal stromal tumors, had improved rates of survival versus patients taking placebo (Deciphera Pharmaceuticals).

She was one of the team of researchers who conducted the study, which was dubbed the INVICTUS trial. She was the co-principal investigator for the study with Jean-Yves Blay, MD, PhD, of Centre Léon Bérard in Lyon, France.

In the double-blind Phase 3 study, researchers enrolled adult patients at 29 specialized hospitals in 12 countries. Eligible patients included those who had previously been treated with imatinib (Gleevec), sunitinib (Sutent), and regorafenib (Stivarga). They were randomly assigned to receive either oral ripretinib 150 mg once daily or a placebo once daily.

“What was a little unexpected in this study was how poorly the patients on placebo did, which really speaks to the need for having drugs in this space,” said von Mehren.

The study results showed that ripretinib significantly improved median progression-free survival compared with placebo and had an acceptable safety profile in patients with advanced GIST who were resistant to approved treatments.

According to von Mehren, this study and the approval of the drug are positive steps forward for GIST patients, providing a necessary option for them when few are available.

“For patients who have had three lines of therapy, many of them have had a fair amount of disease. So it’s critical that they be on therapy because their disease can cause symptoms relatively quickly while off of any therapies,” she said.

Ripretinib is currently being evaluated in earlier lines of therapy with results of its efficacy as compared with standard treatment eagerly awaited, von Mehren said.

The study, “Ripretinib in Patients With Advanced Gastrointestinal Stromal Tumors,” was published in The Lancet Oncology.

What You Should Know About Ripretinib