New research from clinical investigators at Fox Chase may help men with prostate cancer in selecting the appropriate type of radiation therapy to treat their disease.

The research was conducted by Jonathan Paly, DO, a radiation oncology resident at Fox Chase, and colleagues. They quantified and compared patient-reported quality of life outcomes in more than 500 men with low- or intermediate-risk prostate cancer who were eligible to receive stereotactic body radiation therapy (SBRT), high-dose rate (HDR) brachytherapy, or low-dose rate (LDR) brachytherapy.

“For patients with low- or intermediate-risk prostate cancer, there are many treatment options that provide favorable outcomes,” Paly said. “Because of this, the focus shifts to choosing a treatment that will cause the least amount of side effects and result in the best quality of life.” 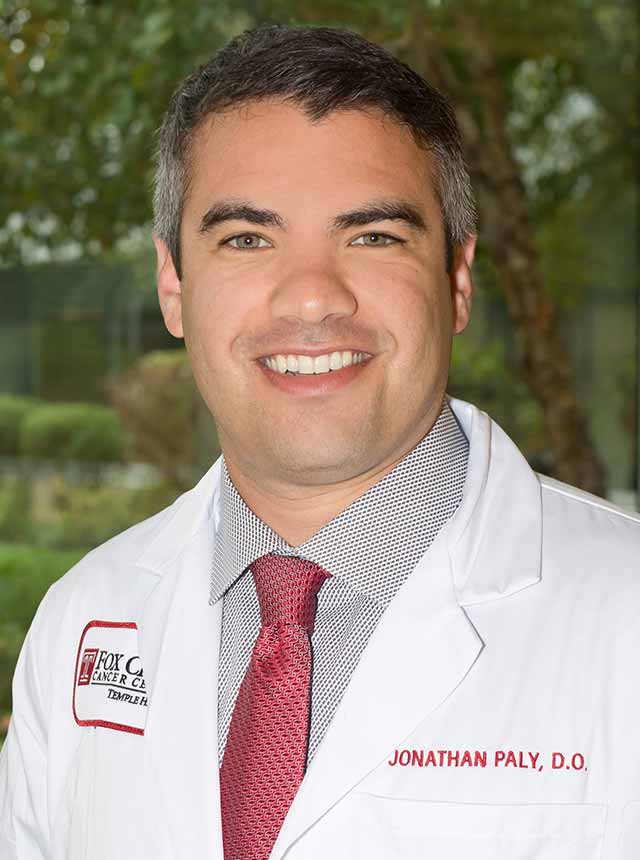 “We found that all three modalities had fairly small differences in patient-reported quality of life more than a year after treatment,” Paly said. “Most interestingly, we saw that high-dose brachytherapy seemed to have fewer urinary side effects than low-dose brachytherapy.”

According to Paly, this result mirrors a shift occurring in the field of prostate cancer treatment in which physicians are using LDR brachytherapy less in favor of temporary high-dose brachytherapy implants.

In addition, it was found that patients who received SBRT in five treatments had improved long-term quality of life in the area of urinary irritation compared to those who underwent HDR brachytherapy.

“When patients are looking at the different options for treating prostate cancer, these findings may help guide them towards high-dose brachytherapy or SBRT,” Paly said. “If they are eligible for both, it suggests the need for a longer informed discussion with their physician about the possible differences between the two.”

Paly recently presented the findings of his team’s research at the 61st Annual Meeting of the American Society for Radiation Oncology (ASTRO).