Innovative Approaches Needed to Move the Needle on Pancreatic Cancer

Cross-discipline expertise led to the launch of two studies attempting to use the stroma to the patient’s advantage.

Pancreatic cancer has a five-year relative survival rate of 11%, and the pancreatic cancer specialists at Fox Chase Cancer Center know that it is going to take a team effort to find new ways to extend the lives of patients diagnosed with the disease. 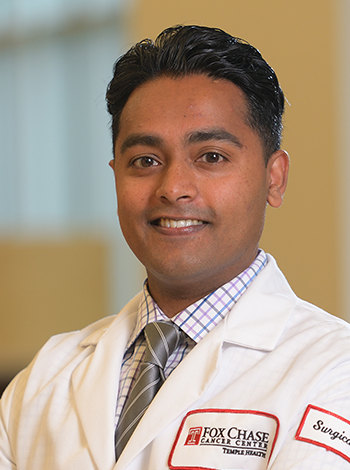 “As a surgeon, I realize that I am not going to be the one to cure this disease by taking it out,” said Sanjay S. Reddy, MD, FACS, Associate Professor in the Department of Surgical Oncology and Co-Director of the Marvin and Concetta Greenberg Pancreatic Cancer Institute at Fox Chase. “Specialists here have been working for 30 years using multimodality therapies to treat pancreatic cancer.”

For example, Dr. Reddy and colleagues recently published a retrospective study in the European Journal of Surgical Oncology that looked at the use of total neoadjuvant therapy (TNT)—chemoradiation and chemotherapy administered prior to surgery—in patients with locally advanced or borderline resectable pancreatic cancer followed by definitive pancreatic resection. Patients who received TNT were more likely to achieve a pathologic complete response (pCR) compared with chemoradiation or chemotherapy alone, and pCR was associated with a significantly longer overall survival.

The use of TNT has been around for a long time now, Dr. Reddy said, but in the past five to 10 years, specialists have started working on new methods to fine-tune this multidisciplinary approach. Many of the new approaches are taking advantage of advances made by our basic science colleagues working in the laboratory.

The Role of the Stroma 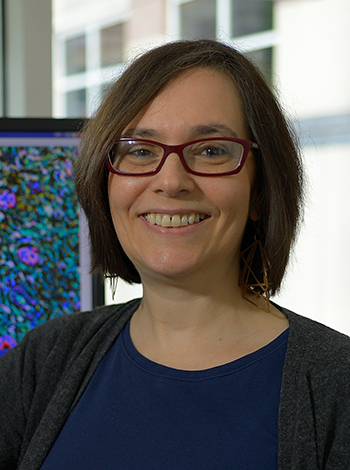 From the viewpoint of professor Edna Cukierman, PhD, Co-Leader of the Cancer Signaling and Epigenetics Program and Co-Director of the Marvin and Concetta Greenberg Pancreatic Cancer Institute, the use of TNT indeed helps patient outcomes. But it can simultaneously aggravate the connective tissue component of the pancreas—the stroma—rendering it supportive of treatment-resilient cancer cells.

“One unique aspect of pancreatic cancer is that often, the majority of the tumor mass is not composed of cancer cells but stroma, and TNT affects both,” Dr. Cukierman said.

While the intact stroma is known to suppress tumor onset, it can also be altered to both foster tumor development and metastasis as well as helping to partake in drug resistance.

Now, researchers at Fox Chase are conducting two studies to see if the stroma can be modulated to the advantage of the patient. 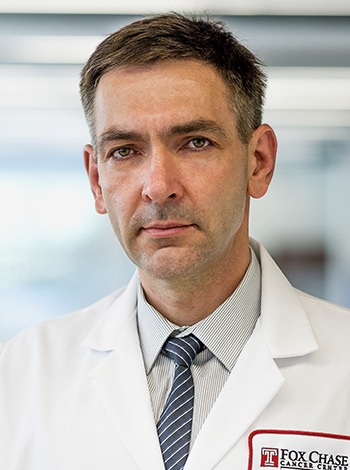 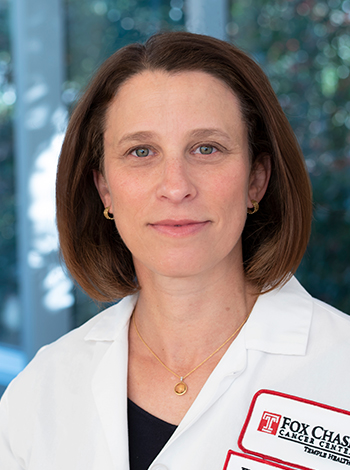 This trial was conceived to validate a potential beneficial effect of non-chemotherapy drugs as ancillary to conventional chemotherapy. Astsaturov and Dotan decided to test a cocktail of drug used previously by a long-term survivor of metastatic pancreatic cancer, Dr. Steven Bigelsen, who published his experience after being diagnosed with metastatic pancreatic cancer in 2016. The team at FCCC received a two-year grant from the NIH to study a three-drug combination—paricalcitol (vitamin D), hydroxychloroquine, and losartan (dubbed as PHL)—to establish its effect on pancreatic cancer cells and the surrounding non-malignant cells, also known as “stroma.”

Patients with resectable pancreatic cancer typically undergo TNT, following which they have to wait four to six weeks for their bodies to recover prior to undergoing surgery. The team sees this period of waiting as a “window of opportunity” to test new concepts to deregulate the cancer tissue and prevent regrowth of cancer cells after chemotherapy. “We want to learn whether cancer cells survive this initial treatment,” Dr. Astsaturov said. “If they do, we want to know what these cells depend on to survive.”

In the PHL trial, instead of just waiting for their body to recover, patients will receive the PHL cocktail during the “window of opportunity.” Tumor samples will then be taken during resection, examined, and compared against patients who did not receive the three-drug combination.

“We are trying to harness the presence of the stroma cells to act together with drugs to systematically affect tumorigenesis and prevent the tumor from progressing,” Dr. Cukierman said. “Hopefully, this window of opportunity will allow us to keep the benefit seen with the neoadjuvant therapy but reinstitute the tumor suppressive aspect of the stroma so that at the end of the day, the patient will benefit twice.”

“When we do clinical trials, it is very rare that we immediately have biopsy tissue and can see what has happened to the cells,” Dr. Dotan said. “We are using this study to develop a model for testing interventions and having real-time biologic endpoints.”

If this three-drug combination is beneficial, Dr. Cukierman said that it may be possible to also use it in patients who are not surgically eligible, as their influences are systemic.

“By triggering the anti-tumor immune system, the local effect of the stroma is very similar to the effect of stroma at a metastatic site,” she said. “The systemic intervention could benefit other patients.”

Radiation and the Stroma 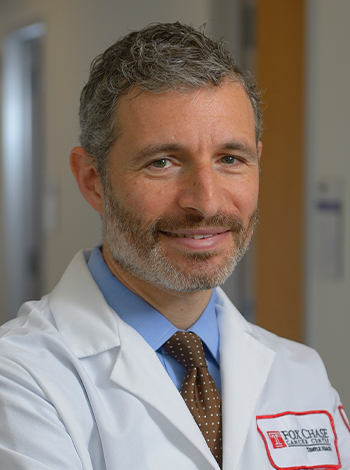 With PLDR, the same dose of radiation is given, but it is delivered in short pulses over a longer period. At Fox Chase, PLDR is given to patients who have had prior radiation and need to be treated again because of disease recurrence or a second cancer in the same area.

“When we treat patients with radiation, there is some repair or recovery to normal tissue, but that tissue never completely normalizes,” Dr. Meyer said.

Previous studies have shown that PLDR can be used safely and successfully for retreatment.

“We started looking at the mechanisms of why this worked better,” Dr. Meyer said. “Using some preliminary tests, we saw that there was not nearly the same amount of immune stimulation with PLDR that one would expect with radiation. The inflammatory response was decreased.”

When Dr. Cukierman found out about this work, it piqued her interest. Ordinarily, when pancreatic cancer is treated with radiation it works to kill cancer cells, but it also seems to change the stroma into more pro-tumorigenic tissue that supports cancer and enables it to grow, Dr. Cukierman said.

“When we used the PLDR technique, we did not see those effects,” Dr. Meyer said. “In fact, PLDR was able to partially reverse that phenotype.”

The researchers are hoping to see that PLDR allows the stroma to be more tumor suppressive, potentially limiting local recurrences. Additionally, PLDR may allow for the safe use of a higher radiation dose.

“Generally speaking, the standard dose of radiation for pancreatic cancer is insufficient to control cancer on its own,” Dr. Meyer said. “Because radiation alone cannot cure the disease, patients have to undergo a risky surgery with associated morbidities. Hopefully, if we can get to a place where we could treat patients to a higher dose, that may no longer be true.”