Eric M. Horwitz, MD, is Chair of the Department of Radiation Oncology and is a leader in hypofractionation research.

At Fox Chase Cancer Center, we believe delivering high quality clinical care should be convenient for our patients. Our radiation oncologists have worked to help pioneer an advanced treatment technique that is quickly becoming a standard of care for lung, breast, and prostate cancer patients.

Some patients are eligible for extreme hypofractionation or SBRT (stereotactic body radiation therapy), which when appropriate, can shave weeks off the traditional treatment length with the possibility of minimal side effects and a better quality of life for our patients.

Many clinical trials have proven hypofractionation to be just as safe and effective as conventional radiation therapy.

Fox Chase researchers conducted two of the largest studies of hypofractionation for prostate and breast cancer in the U.S., testing the current standard of radiation care administered over many weeks compared to hypofractionation delivered at higher doses in a shorter period of time.

The results, presented at ASTRO (American Society for Radiation Oncology) 2009, 2011, 2016 and 2018, found no statistically significant difference in both long-term clinical results and toxicity between the two techniques, and determined hypofractionation was effective and well tolerated with very few side effects.

John* is a 72-year-old man who has been followed for many years by his local urologist for an elevated PSA. In 2015, he was diagnosed with an early stage prostate cancer, and elected to undergo active surveillance.

But, his PSA continued to rise in early 2017. At that time, he sought additional treatment options at Fox Chase Cancer Center, and was referred to me because he wanted to discuss radiation options.

The patient’s PSA was 12 ng/mL and he had 3 cores of adenocarcinoma of the prostate Gleason score 3+3. Because he had an early stage prostate cancer, many radiation options were available to him.

Daily IMRT for 8 weeks was an option, but John* was concerned about the distance from his home in New Jersey and driving to the Center 5 days a week for 8 weeks.

So, I discussed with him the option of being treated with stereotactic body radiation therapy (SBRT). This technique utilizes larger doses of daily radiation over a shorter period of time.

After much discussion, John* chose to be treated at Fox Chase with SBRT. He only needed to come to Fox Chase for his planning sessions (simulations) and 5 treatment days.

Although he still had to travel from New Jersey to Philadelphia, it was much more manageable for him, and he was able to be treated with state of the art radiation therapy at Fox Chase. 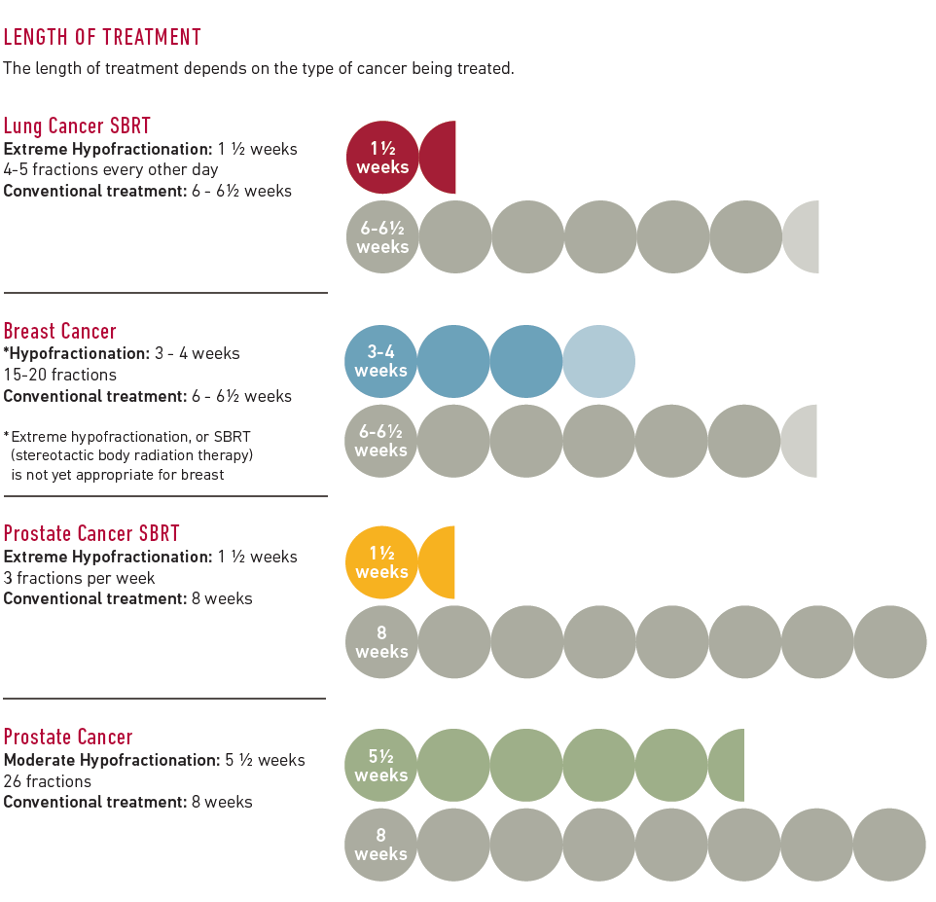